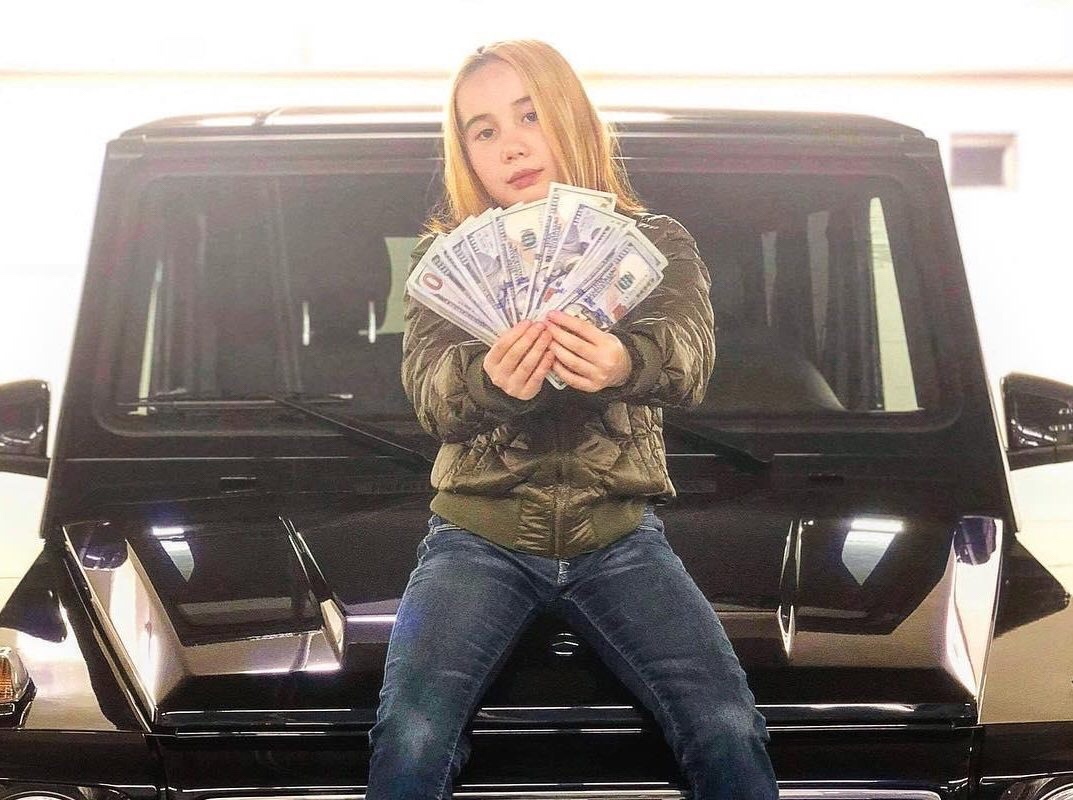 Exotic vehicles are not an uncommon sight on city streets, and last year the province’s public insurer jacked up premiums on high-end vehicles since repair costs are becoming a concern. The Insurance Corp. of B.C. recently spent more than $790,000 on damage claims for a Ferrari that crashed into a utility pole. And when a nine-year-old rapper and Instagram personality named Lil Tay went viral recently, she seemed to embody the worst excesses of the Vancouver housing market. In her videos, she crudely belittles viewers for not being as rich as her, poses with Lamborghinis and in high-end condos, all while flashing stacks of cash. Her mom, as it turned out, worked as a Vancouver real estate agent.

The above snippet is taken from a very well rounded and balanced article published by Macleans which summarizes various aspects of the extreme class division and fallouts from uncontrolled capitalism. Vancouver today serves as the tale tale example of what can happen to a cohesive and liberal compassionate society when uncontrolled capitalism and right wing politics are allowed to thrive for so long, 16 years for the province of British Columbia. What has happened today is a hallmark of right wing politics – accumulation of wealth by a selected few at the cost of the middle class, the poor and society in general. This has happened again and again in history. Capitalistic motivations create an environment where the weak and the poor are exploited for the benefit of the wealthy. If left unchecked, the gap between the wealthiest and the middle class continues to widen until we reach where we are today in Vancouver. This article explains how Vancouver’s demographic distribution based on income has changed over time. It’s very revealing.

Accumulation of wealth and flaunting of it ( regardless of the means of acquiring wealth) has been the sole motivation of a large section of the population in the city. They have naturally come to expect it as the norm of the society, a sense of entitlement has set in. This happened at the cost of compassion, morality, the sense of right and wrong. Selfishness and self centred attitude which is at the heart of capitalism has been allowed to thrive neglecting the greater good of the society. Every economic activity has been driven by greed, not by what is needed for the society in general. This included developers selling realstate to offshore wealthy buyers, banks and other financial institutions acting against the interest of the tax paying Canadians, lawyers, realtors and other parts of the economy actively sabotaging the innocent taxpayer. For what? Just for on thing only, acquisition of more wealth. Nothing was done to check this greed, after all greed is intoxicating.

So what happens when such an environment lasts for 16 years?

“We’ve had 16 years of a government that refused to do anything on the housing ﬁle, except build and build market housing,” says Andy Yan, director of the City Program at SFU, referring to the B.C. Liberals, now in opposition. Meeting at an east Vancouver café, Yan pulls out his laptop and opens a presentation he gave recently to an affordable-housing conference. One slide shows the percentage of homes worth more than $1 million in Metro Vancouver. In 2014, the ﬁgure stood at 23 per cent, represented by a cluster of red mostly conﬁned to the west side. Yan flicks through each successive year, and more areas bloom bright red. As of this year, 73 per cent of single-family homes soared above $1 million. “We could have made certain circuit breakers, and we wouldn’t be in this mess,” he says.

So today, while homeowners of several million dollars of assessed property complain about few extra dollars in taxes*, some spoiled kid of wealthy parents brag openly about their Lamborghini and sacks of cash and the crown motor vehicle insurance corporation pays out 800 grands in fixing someone’s Ferrari, we have tent cities popping up elsewhere, families struggling to pay rent, jobs disappearing, businesses closing and a city which increasingly lacks cohesion and community feeling.

Williams and his wife purchased a home in Dunbar almost 30 years ago, when it was more of a working-class area. Today, their property is worth $4.4 million, but the neighbourhood feels as though it’s emptying out. “There are fewer families, let’s call it that way,” he says. Halloween once brought upwards of 150 kids to his door. Now he gets maybe 50. A neighbour of his used to collect $25 from every household to purchase ﬁreworks and put on a show once a year. Three years ago, the neighbour returned Williams’s money. Only a few households chipped in, and there hasn’t been a ﬁreworks show since.

Meanwhile, a greedy self serving capitalist recruiter from a local recruiting agency has no shame in telling people to get out of Vancouver if they can’t afford to live here,

(Not sure why I’m even masking his name, perhaps out of my own sense of morality).

When I went to lunches during the holidays, some of my own friends started flaunting their wealth locked in the property they owned, bragged how much the value of the property has appreciated and disrespected me and my own professional talents, essentially calling me an idiot since I did not own any property and they did. So typical of short sighted greedy capitalistic mentality!

What I find is most hilarious is that even after what has happened to this town, the leader of the opposition party, BC Liberals, those who did nothing to put an end to this unchecked greed, even today has no hesitation to defend the status quo,

B.C. Liberal Leader Andrew Wilkinson says satellite families are unfairly maligned. “If they are Canadian citizens, on what basis are you going to say this is an invalid way of life?” he says. “Suppositions are made based on the ethnic appearances of people, that somehow they are this class who are predatory speculators,” he says. (Asked about what responsibility his party, in power for 16 years, bears for the affordability crisis, he demurs. “To look into the past and look for scapegoats serves no purpose,” he says.)

This comment is so shameless and brazen that I’m having hard time coming to terms with it. What’s wrong when satellite families come here and bring their wealth with them and pay no taxes to local economy? Aside from the question of fairness and political entities working towards the best interest of the local tax paying Canadians, just look around in Vancouver. This city could have been a city with rich thriving population, now in the banks of ruins. Locals betrayed by Mr. Wilkinson’s party finding other cities to move to, are struggling, suffering, living in tents or tiny spaces, getting evicted by landlords, rich farmlands converted to huge mansions and then sold to offshore buyers, properties flipped repeatedly to cash in on untaxed capital gains, local property buyers pushed out, etc etc etc. The list is long. Yet, Mr. Wilkinson has no guilt, no compunction to defend the status quo, to continue to sell out local taxpayer to the world’s wealthiest. So unfortunate, to put it mildly. Josh Gordon, a professor from SFU’s school of public policy has put this appropriately,

Dear reader, if you are from a city other than Vancouver, please don’t let this happen to your city. Speak up, write, create awareness, fight to protect what you think is your home. Don’t let others silence you. If you don’t, this might be happening to your own city as well.

One thing I believe we can all agree on. Real estate does bring out the worst in people. 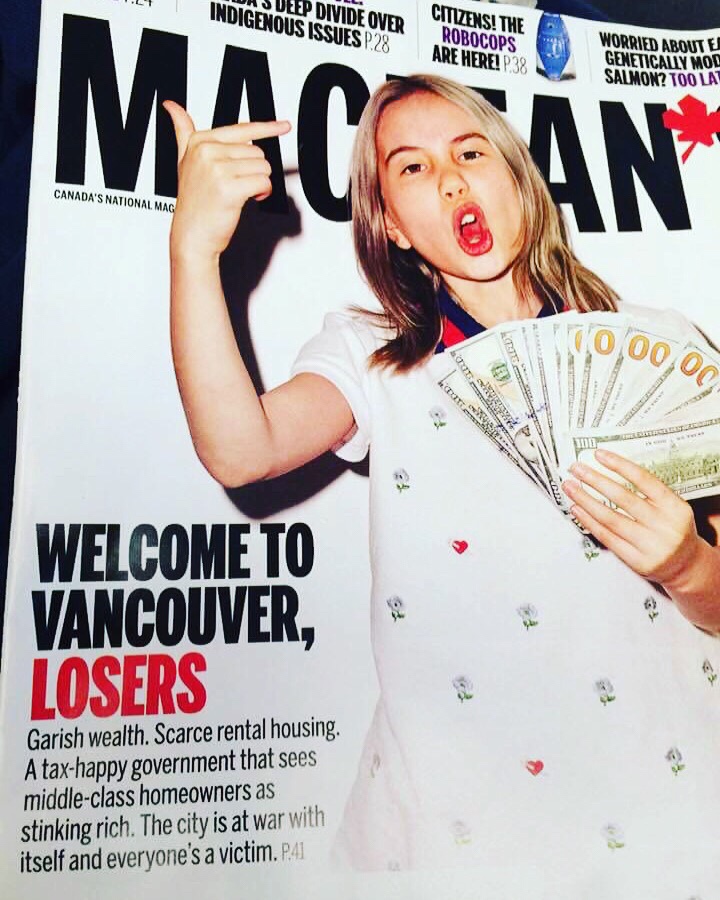 * legitimate cases of true hardship exists where the home owner is unable to pay the increased tax. This happens if they have a large outstanding HELOC debt or they are still paying their mortgage or for some reason are unable to sell their property and move elsewhere, for example medical reasons. However such cases are much fewer in number.